We at ElvenFirefly take pride in creating original and vivid DnD articles about creatures and events in the world of Dreon. From Harrasaems to Horn of Giant’s Ale, there is research, facts, and expertise behind our representation.
Some of you may think we only make it up, slapping history upon history, like children with modeling clay. Others may ask: How do we do it? How do we know the nuances of Stormphax and its importance?
Let me shine a spotlight on our helpers – the team of Dimble’s Stellar Scribblery. Although little in posture, their contribution to our work is immense.
Enjoy.

Written by Seebo the Scribe

Who are we? Who are we you ask?
We are three overworked gnomes, that we are for sure. We are a proud, independent flying press, reporting the events from the world of Dreon.
Reporting the truth, ladies and gentlemen!
Chasing something that is hard to find and expensive to record.

It happened a couple of months ago during our regular drifting in the sky, somewhere between Hedelland and Laetas. It was a somber flight, devoid of any hope and laughter. A year before that evening, we lost half of our vessel when a bloody Ancient Red Dragon attacked us. He took our gold and stash, shredded our gear and tools, and seized our printing press, the Shiny Tim. That too is a story for another time.

What’s important are our hardships since. We remained adamant after the encounter, writing slowly with quills, struggling with overwhelming inquiries. I’ve gone weeks without any sleep, my eyebags dipping into my coffee. In increments, the trust we had been building for a decade, dissolved with each broken deadline.
People didn’t care for our troubles you see.

It was Juggo’s birthday that fateful night and we wanted something special. We made him a pickled cake and a ‘feast’ from a strictly guarded storage. Even our boss, Mr. D was present. There was a laugh or two, an anecdote of the happier times, a brief joy mixed with ever-present sadness.
But then, while we were having a delicious supper, a letter appeared right in Nebeen’s soup!
Plop!
Poor fella almost choked with it. A second later he almost died when we read it.

It was from the ElvenFirefly team, explaining the existence of another world called Earth, similar to ours, but slightly advanced. They’ve heard of our quality and fame.
The cold sweat washed over me, the floor started spinning and all that. We read the stories about other planes, but another world? That was hard news, which took some time to accept you know.
We unanimously accepted the mentioned fact by the end of the letter when we saw the pay. Gods the numbers were huge! So huge Nebeen came to life.
All we had to do, it said, is to continue our travels and send them collected stories. Interview scholars and record wildlife. Bribe some librarians and dig out forgotten legends. Same as before, only now we’d have one employer.

In the letter, we wrote our questions: How does this transworldly letter work? What articles are they interested in? Our creative freedom and so on. We wanted to remain in charge of our intellectual property. The letter disappeared and then returned.
Back and forth, back and forth it went for days.
Finally, many plops later, Dimble’s Stellar Scribblery and ElvenFirefly came to an agreement:
One article per month for the price of one thousand Monopoly money.
We couldn’t believe our luck!
Ha ha!
Does it pay to be hardworking!

And thus began the jovial preparation of our stellar vessel now with polished cogs, changed oil, and hopes of a better life. We immediately set the course to Fjordruun, the ballfreeze of a continent to research our first assignment.
Unfortunately, our enthusiasm quickly diminished with decreasing temperature.
I am sure that not even Cania, the 8th level of Hell, is this cold.
This is bollocks.
But I’ll put my emotions aside. After all, I’m a professional.

Anyways, let me introduce you to our team, starting from the top, ‘cuz from there the Sun shines.

First of all, it is hard for me to describe our director because I rarely see him. Half the time he’s asleep and another half he’s trying to kick the sleep crust out of his eyes. He was our superior from the start, but the work he does is shameful. My cat writes better than him. The only creativity he possesses is how to crack his back on the furniture.
Occasionally, he waddles down and mumbles something, waving. We usually just nod and say yes – to what I have no idea. Maybe in his stupor, he’s giving orders. Maybe he thinks he’s a wizard or a captain.
Bastard.
I don’t think he even knows what our projects are. Luckily for him, he has useful connections so we settled on treating him like a bunion – ignoring and hoping it magically goes away.

Next in line is Juggo.
He’s our navigator and driver and Thick Marry, our telescope, is his best friend. If it weren’t for his beautiful, magnified eyes, we would crash a thousandfold. This way, we only crash every other time. Beneath the bed, he stashes jars of pickles, and I swear to Gods, if we are out, he goes catatonic. It’s almost like this old, bony gnome fuels on them. Now when I think of it, it’s no wonder he has only 4 teeth left.
He sleeps 3 hours a day and says that’s enough.
He has maps of different sizes sticking out of every bloody corner. I swear, they’ll start coming out of his bushy ears.
He adores Spoofy, my cat, but she’s not so enthusiastic about him.
Juggo’s okay.
He really is.
We talk sometimes and he shares his airship racing days and how he brought down Artalag’s tallest tower.

Oh boy, where do I start with this lot?
Nebeen came to us when we first purchased Shiny Tim, our printing press. The manufacturer said the youngster is to come along, for only he knows the ways of the press.
Alright.
Soon enough he took on other responsibilities. At first willingly, then because we were understaffed. He became a cook, a maid, a carpenter, an engineer, a glazier, and Spoofy’s sleeping bag. He’s always covered in oil and ink and at this point, he doesn’t even bother cleaning it.
His bumpy head serves as a faulty proximity device. There isn’t a door, an edge, a screw, a tool, a loose board, or a pipe, this unlucky fellow hasn’t hit his head on.
If there is something bad to happen, the bad thing travels far and wide and finds Nebeen, trust me.
He slipped on a ball bearing and fell down the stairs.
He got ink sprayed into his eye which became bulgy and red for days.
Once, Big Dimble accidentally sat on him and sprained his ankle.
See what I mean? This fella is a bloody misfortune amulet.

But still, he knows the way of the machines.
Sometimes, when he thinks we aren’t watching, he whispers to cogs and they move.
At least he’s got that going on for him.

Which leaves me.
Seebastian is my name, a gnomish name mind you, and now you can see where I got my undying optimism.
I’m an author, a poet, an editor-in-chief, a journalist, and the heart of this Scribblery. Yes, yes, heavily biased, but I try to do better, or at least, I’m open about it.
Most of the time I couldn’t be bothered, accepting life as it comes. I’ll have opinions about it, of course, but unbothered I remain. All I can do is look destiny in the eye and tell her she’s got the wrong gnome.
There are, however, a few things I care very much about:

My Spooffilia, a true lady of a notable cat family.
My quills and parchments.
The angle of my working desk.

When all 3 are met and well, I am… an accepting Gnome.

I get up late and work all night – the only time I can hear my thoughts. I love sandwiches and a good lasagna, but the latter burned our cook station.
So sandwiches, but without pickles, they make me sick.
I’m grumpy when the right word escapes me and often dissatisfied with my work. I figured that’s the obligatory hardship of all professional geniuses, no?
I awarded that title to myself, the genius, for no Gnome could sustain these working conditions. No Gnome of a feeble mind could write these words calmly, while at the moment:

There’s a cat with a head stuck in a can.
There’s an ArcEngine with a cat stuck inside.
There’s a mechanic with his finger stuck in the engine.

Yet, I’m finishing this letter, because I’m a professional. 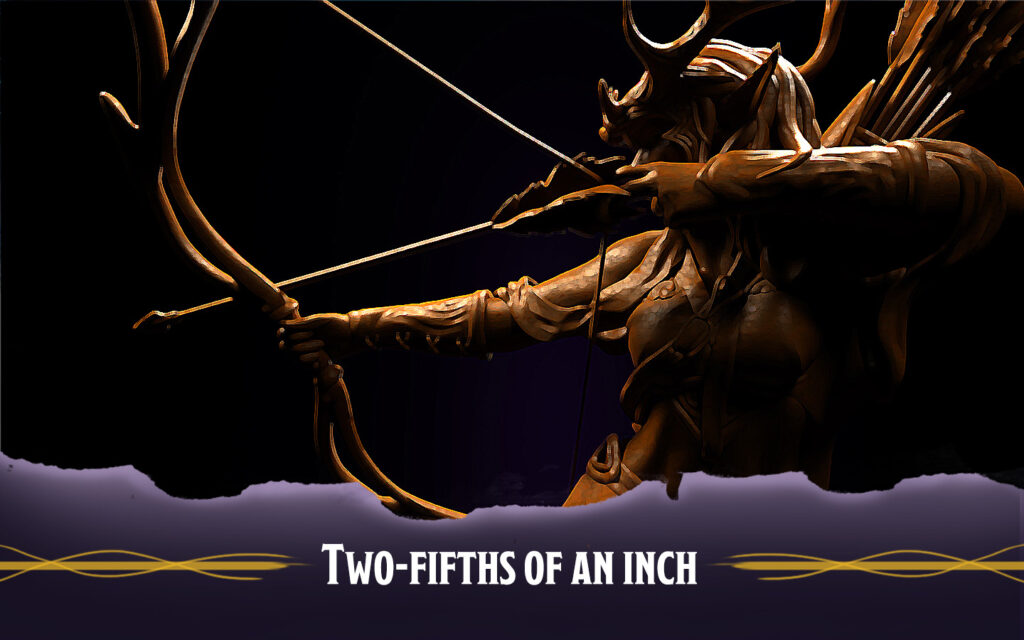