A rare DnD monster with a horn made of stormphax, a mighty crystal that holds lightning within. Dangerous and controversial, Storm Heralds are at the center of political and religious tensions in the continent of Fjordruun.
This is the beginning of a great tale in which we will learn what is this creature and how to make it.
What are the threads that we can pull? Limitations?
Who and how can tame it?

A word from the author

This is the creation I will vividly remember.
No, not by the process of making itself, that part was smooth and layered like building a lego house. When finished, the problem was depicting the magnitude of the beast and what it means to me and to the people of Fjordruun.
So massive Harrasaem is, so grounded, it made me sweat trying to get it across the screen. As pages were flying from the printer I’d collect and scribble over them, tying it all together. Then I’d lift the heavy bundle and try to fit it into the monitor.
But in my excitement to show, I forgot to breathe. So I took a step back, one broken printer later, one hand black-inked, and I inhaled.

The tale of the Storm Heralds, much like the beasts themselves, needs air and space. It needs time to tell and settle, to grow with you as it did with me.
“It needs a careful rhythm”, my dearest person told me.
Breathe in, breathe out.
One…
Two…
Three…
One…
Two…
And on three I realized I can only start the tale, tell you my part of the journey, calculating dice and writing abilities. But then I’ll have to step aside, purse my lips and let the world speak to you. For there are many of Fjordruun’s people who would like a voice. Many with myriads of differing opinions on the matter.

Can you hear the roar and stumping of the hooves, the storm brewing in the distance?

The history molded Harrasaems, as well as they molded the events.

There are myths and legends waiting for you to discover.

And so we begin.

When I was designing this DnD monster, I wished it to be more than something to kill.
I wanted it to be frightening and epic, lovable yet deadly – a force to reckon with, an asset for players to attain.
No, not only an asset, I realized while picturing a ranger riding it, but a friend and companion they’ll grow to love.
A being they were bound to kill, but now would die for.
I wished it deeply integrated into the setting, a beast of importance and religious magnitude.

With Harrasaem, I might have succeeded at such a task. There’re myths and legends, stories true and those not so much, usually told by a bragging hunter. It is live and living, part of a culture just as kangaroos are part of Australia. It has history and meaning, a place where it has to be, there, in Fjordruun, and nowhere else.
But if by any chase I have failed, I will require your assistance.
I want you to take this being, tame it or let it wild, put it into your worlds, give it life and habitat, and adapt it.
And then, you come back and tell me your story of how your heroes met them. What did they do and how is your Harrasaem different than mine?
What was the first thought that ran through your mind when you heard the description?

‘Native to tundras of Odejord, a beast of raw power with a horn made of stormphax, ‘harrasaem’ is a word to be respected.
In Elven, it means the ‘storm herald’; in Gnomish it means brewing weather and time for bunkers. And in Common…Well… in Common, it means gold coins minted from its furs, hooves, and the mighty horn.
But for those devoted to the Mother and the old ways, it is a word for nature, honor, and valor.‘

Charge.  If harrasaem moves at least 20 ft. straight toward a target and then hit it with a Gore attack on the same turn, the target takes an extra 13 (3d8) bludgeoning damage. If the target is a creature, it must succeed on a DC 15 Strength saving throw or be knocked prone.

Death Burst. When harrasaem dies, the stormhorn explodes in a burst of lightning after 1d4 rounds. Each creature within 10 feet of it must make a DC 15 Dexterity saving throw, taking 10 (3d6) lightning damage and 10 (3d6) force damage on a failed save, or half as much damage on a successful one.

Magic Resistance. Harrasaem has advantage on saving throws against spells and other magical effects.

Stormhorn Instability. Whenever harrasaem manages to damage the target with a Gore attack, stormhorn destabilizes.
Roll 1d20, on 1, resolve the following effects, taking harrasaem as the center of origin:
(roll d6)

1. All creatures in a 10′ radius suffer 3d6 lightning damage.
2. Fragile objects within 30′ shatter.
3. The target becomes crystalized (petrified) for 1d4 rounds.
4. The target must make a DC 15 Constitution saving throw or suffer the effects of the Blindness spell for 1 minute.
5. Gravity ceases to exist in a 20′ cube around harrasaem and its rider for 1 minute, who are unaffected by this.
6. Harrasaem and the rider are affected by the Blink spell for 1 minute.

Lightning Jump (twice per short rest). Harrasaem and the chosen rider (if there is one) turn into a bolt of lightning that is 5 feet wide and travel up to 100 feet. Each creature caught in the line must make a DC 15 Dexterity saving throw. A creature takes 6d6 lightning damage on a failed save, or half as much damage on a successful one. The lightning ignites flammable objects in the area that aren’t being worn or carried.
If harrasaem moved at least 20 feet straight forward before the jump, all creatures caught in its arriving area must succeed on a DC 15 Strenght saving throw or be knocked prone.

Giving players an unorthodox mount can be a scary thing, for sure.
What if they break the game? What if they find a loop that cannot be controlled? What if, Gods forbid, they use Harrasaem’s Lightning Jump and rob a bank, or break into the prison to save a dear friend?
What then?
Then you make art of such an epic moment for that are the ones we’ll remember in old age: the tension, the exhilaration, the sound of walls breaking.
When else will they ride the beast into a final battle?
In this useful Reddit post, someone did the math and suggested a level 13 for giving a mount of this power.
But what is stopping you to give your party a baby Harrasaem if they are too low?
One that is feeble and soft, with cute eyes and a horn it cannot yet control? A youngling that is hungry every 2 hours, so players can experience the universal joy of parenthood.
Oh, and Harrasaems only eat frostweed found in the deep northern wilderness.
If you are still of opinion that mounts are too demanding and complicated, do check this wonderful article, which will provide you with all the guidance.

As you see, if done correctly, our mount transforms itself into a tool. It becomes a quest, a hero’s journey, an adventure of love and survival.
Now, after the bond is made, it is a thread for DMs to pull, a being that requires protection and can be harmed.
Of course, our heroes will never allow such a thing!
They will hack and smash, and fireball every single one of those brutes.
”No one messes with our Fluffernoot!” they would say drawing their weapons.
Hm.
“No one?”, asks the Dungeon Master. “Not even…”, the DM mutters while pulling out a description of their nemesis.

In fact, a well-put monster has so much story potential, so many paths to walk on. We’ll cover that in the next one: making of Harrasaem and knitting the threads.
We’ll learn how to tangle and tighten them, pull them, make them vibrate, but never snap.
Remember, pets never die.

But in the meantime, you’re wondering what is Harrasaem and what does it mean to Fjordruun?
Where exactly do they live and what religious customs surround them?
Has anyone tamed the beast?

For that matter, we asked an expert, Quarra Falonette, the Archmage of Xenthology from the Department of Magical Care. She agreed to share part of her extensive research and we are awaiting the reply.
While doing so, we’d love to hear your opinion.
What are your answers to these questions?
What importance would you assign to this magnificence?
How would you use this in your games?

Reach us on socials, leave a comment below, or write us at info@elvenfirefly.com

If you enjoyed the article, be sure to subscribe to our newsletter so you don’t miss the next one.
This will also give you accesses to our Inspiration Chest, where you can download all stylized PDF articles.
Download free Harrasaem Stat Block here.

Stay good,
Stay safe,
And I see you in the next one. 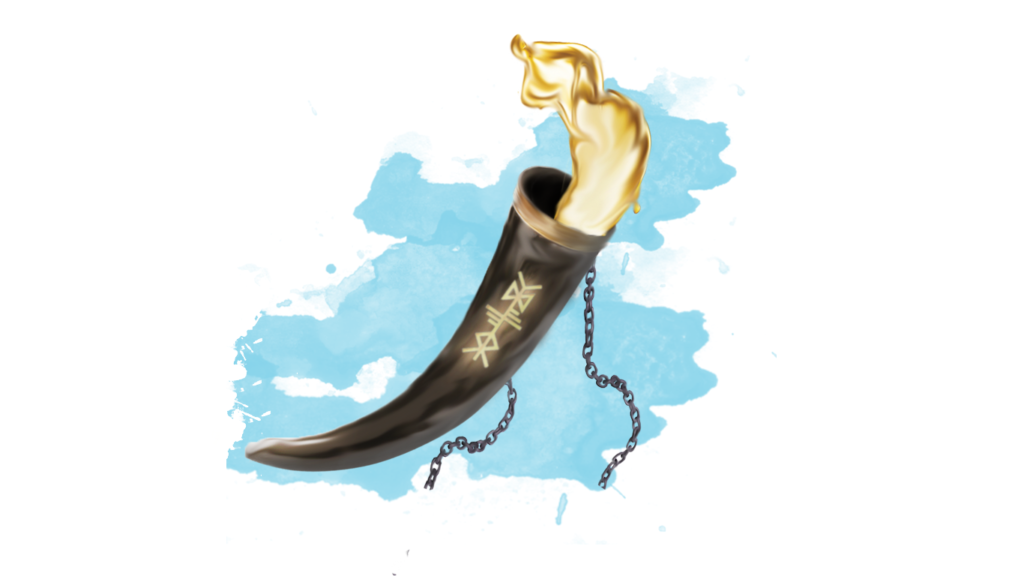 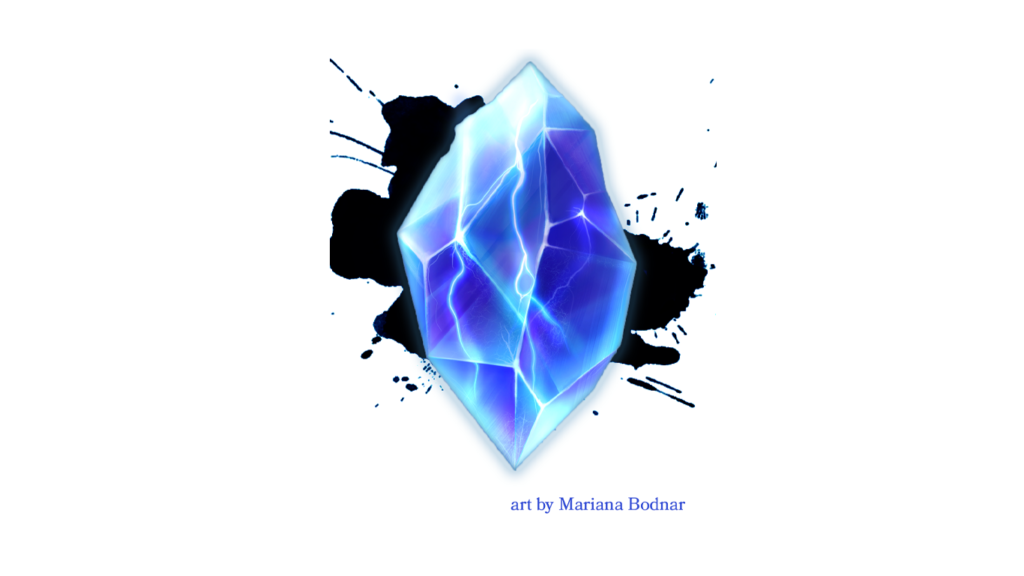 Get exclusives and stay updated